Chondrules as Astrophysical Objects
» Home » About this conference » Conference Organizers 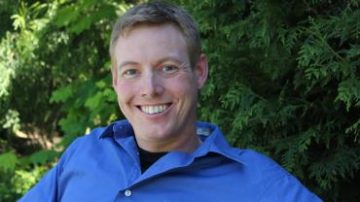 Aaron Boley is a Wall Scholar at the Peter Wall Institute for Advanced Studies and is an assistant professor and Canada Research Chair in planetary astronomy in the Department of Physics and Astronomy at The University of British Columbia.  Dr. Boley studies the origin of planetary system architectures, the formation of planetary systems, and the evolution of planet-forming discs using gas dynamics and orbital dynamics simulations, as well as submillimetre observations.  He further seeks to explore whether chondrules represent a common, fundamental step in planet building or whether they are common (or peculiar) byproducts.

Melissa Morris conducts research in star and planet formation, meteoritics, and astrobiology.  Using astrophysical modeling, in conjunction with observations (both astronomical and meteoritical), Dr. Morris seeks to determine conditions during the formation of planetary systems, specializing in the formation of early Solar System materials, such as chondrules.  She uses observations of minerals found in primitive meteorites along with astronomical spectra to search for signs of aqueous alteration of solids in extrasolar protoplanetary and debris disks, exotic exoplanets, and habitable worlds.  Dr. Morris also conducts research to determine the material properties of meteorites, to assess hazards inherent to Near Earth Objects (NEOs) and the likely physical properties of targets of sample return missions and/or mining ventures. 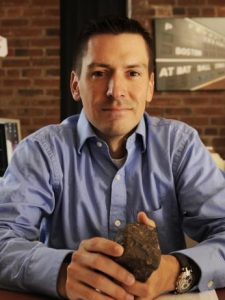 Fred Ciesla is an Associate Professor at the University of Chicago. His research focuses on the formation and early evolution of the Solar System, with a particular emphasis on identifying the physical processes which set the chemical compositions of the planets, asteroids, and comets. In developing an understanding the origin of our Solar System, Dr. Ciesla uses that to infer what types of planets may be found around other stars.